No date in the records as to when he joined the 556th Bomb Squadron, his first mission as a pilot in command was on January 16th 1945 although he is likely to have flown one or two missions as a co-pilot as an introduction to combat. Sadly the 387th Bomb Group records only list the first pilot on each mission and do not include full crew manifests. Therefore it is probable that he joined the Group in late December 1944 or early January 1945.

Each Air Medal and subsequent Oak Leaf Cluster was awarded for each five completed missions.

As can be seen there does not seem to be one regular aircraft that the crew flew, but as a point of interest the B-26 on display at the Air Force Museum at Dayton, Ohio is painted up to represent 42-95757 FW-K ĹShootin In.ĺ This aircraft actually flew with the Free French Air Force during World War Two. 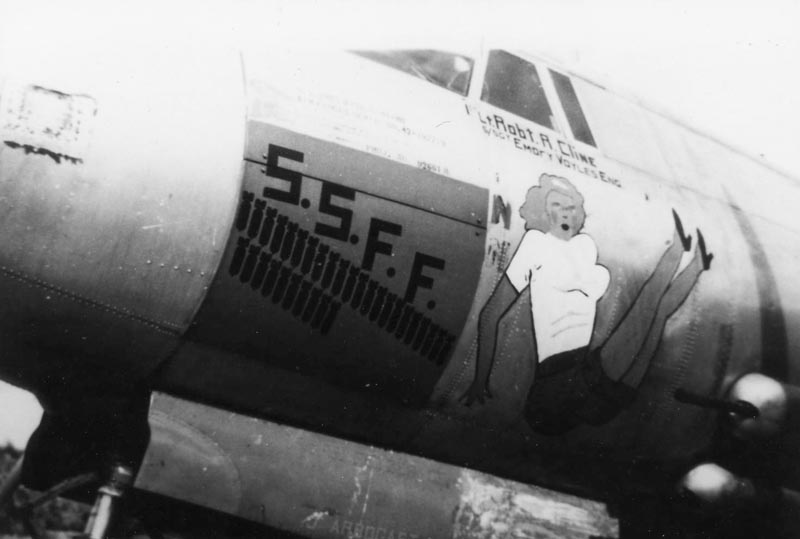 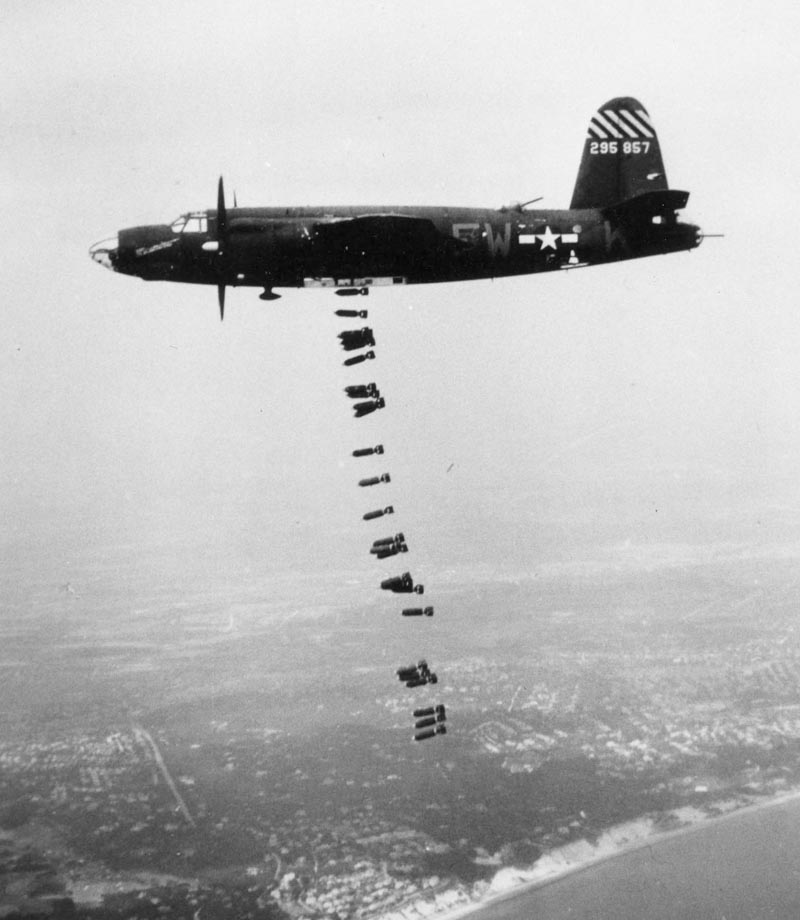 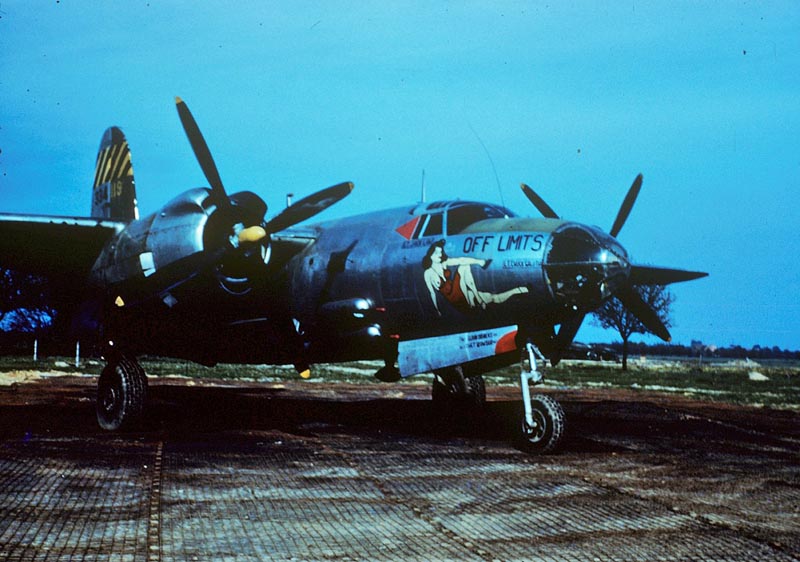 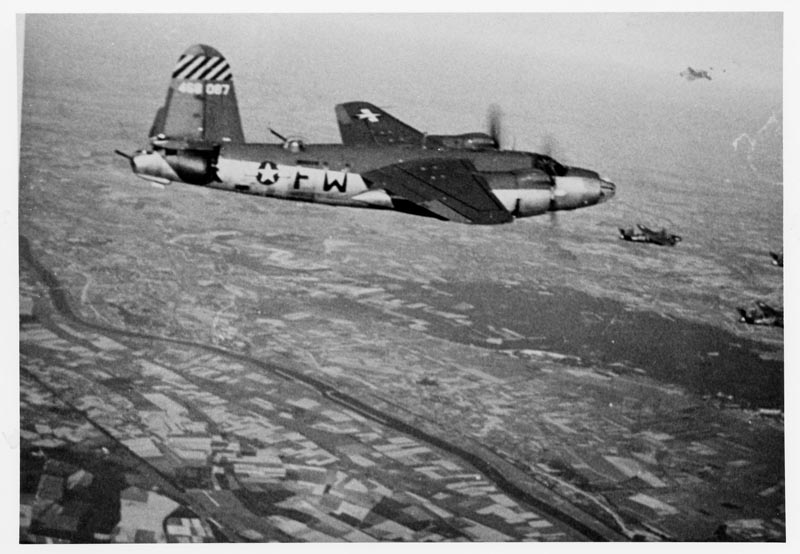 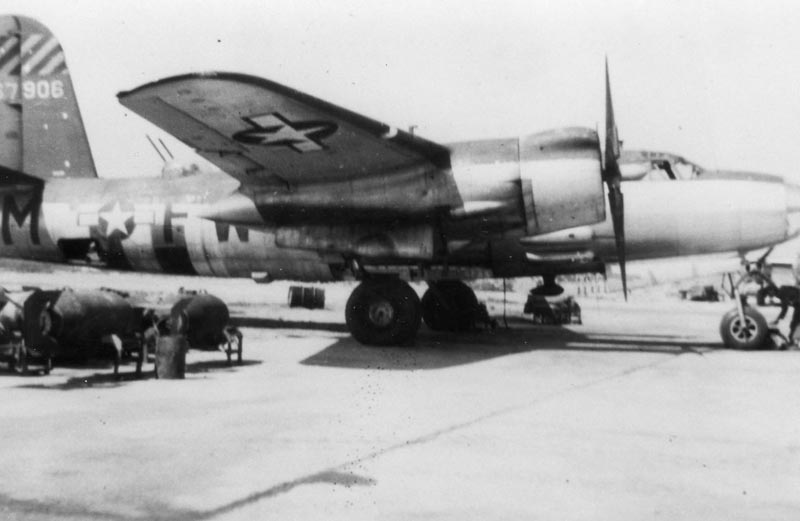 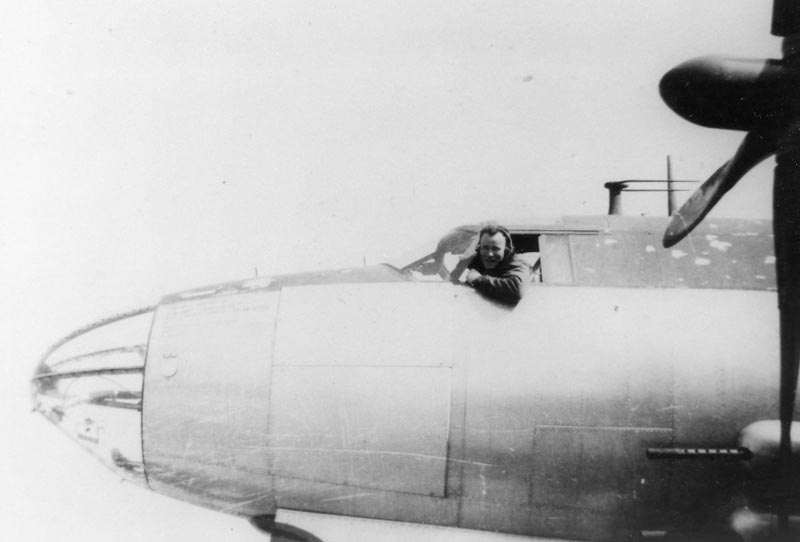 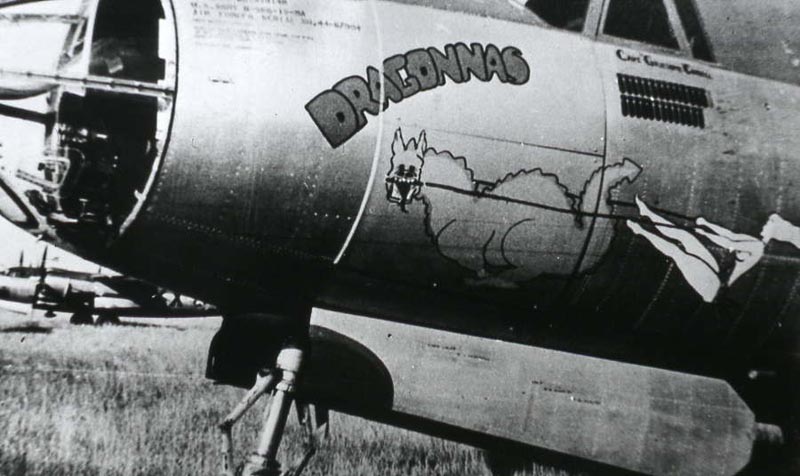 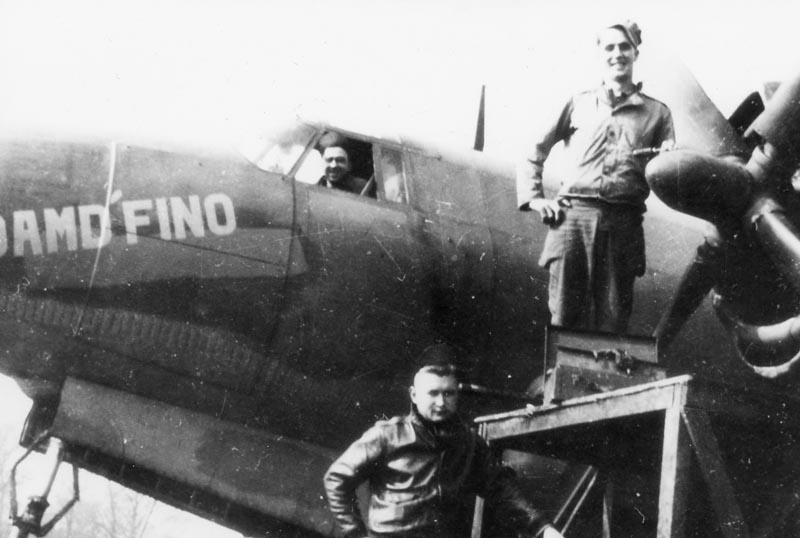 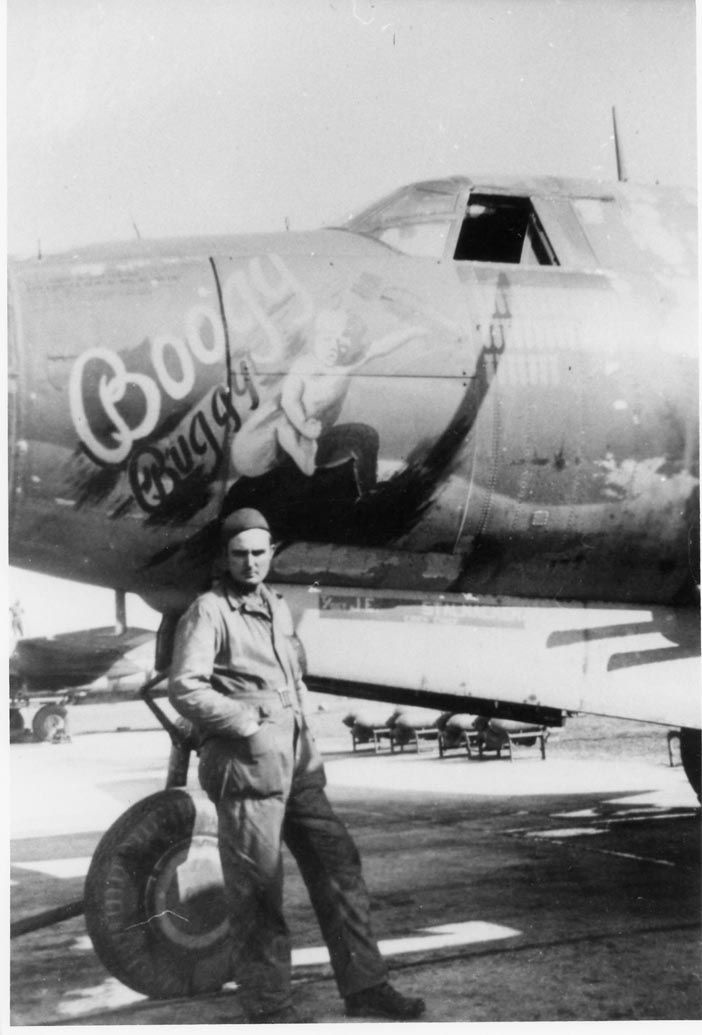